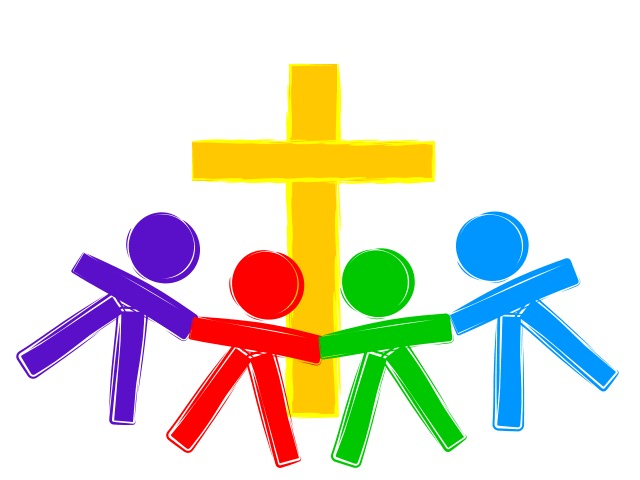 I borrowed the title “Magnetic Fellowship” from Larry Weeden’s book, published in 1988, dealing with attractive church fellowship. He believed that when New Testament churches worship and serve the Lord rightly, something beautiful happens, and people are drawn to the Lord’s presence through them. This was true of the magnetic fellowship of the first church in Jerusalem, and succeeding churches planted throughout Syria, Asia Minor, Macedonia, Greece, Rome and other first century civilization centers.

So, how does this magnetic fellowship develop? The fellowship begins with Jesus, the founder and Head of the church. He was captivating to the average hearer. Wherever He went, He drew huge crowds. Before Jesus fed the 5,000, He preached to them of the Kingdom of God. On another occasion, after preaching, teaching and healing among 4,000, he fed them. These thousands of people had not come to be fed, but to be near, hear and meet, this magnetic “friend of sinners.” Even before ministering to the 5,000 and 4,000, Jesus preached the “Sermon on the Mount” (Matthew chapters 5, 6 and 7) to thousands on a hillside.

One thing that made Jesus magnetic was that He made people feel important and welcome in His presence. In a sentence one Gospel writer summed up what people thought when they were around Him—“the common people heard Him gladly” (Mark 12:37 KJV), or “the large crowd enjoyed listening to Him” (NASB). The NIV translates this verse; “the large crowd listened to him with delight.” Jesus was, in every word, a man of the people, the common people.

It wasn’t just His preaching the people loved. Another thing that drew throngs to Jesus was that He took time for them—for common, ordinary, sometimes deeply wounded, sinful and hurting people. One day as Jesus, His disciples and “a large crowd” left Jericho, the blind beggar, Bartimaeus began shouting, “Jesus, Son of David, have mercy on me!” (Mark 10:47). Many in the crowd “were sternly telling him to be quiet” (verse 48), but he cried out even more. Friends and followers of Jesus reasoned that He had important things to do, places to go, more worthy people to see. But Jesus stopped, called Bartimaeus to himself and said, “What do you want Me to do for you?” The beggar responded, “Rabboni, I want to regain my sight!” (verse 51). Then Jesus complimented his faith, healed him and continued on His way.

The third thing that attracted people to Jesus was His complete disdain for human recognition, social climbers, political pundits or rising stars in the religious arena. Referring to the pious elite of His day, Jesus said, “But they do all their deeds to be noticed by men…They love the place of honor at banquets and the chief seats in the synagogues” (Matthew 23:5-7). None of His followers were to be called “Rabbi; for One is your teacher, and you are all brothers” (verse 8). Jesus commanded, “Do not be called leaders; for One is your Leader, that is, Christ” (verse 10). He cared nothing about pumping up egos—but was totally committed to encouraging His brethren.

The irresistible humility of Jesus is another factor that made Him attractive. Unlike most in His day, Jesus rejected all who sought power by intimidation, wealth or position. On one occasion, His disciples were arguing among themselves about “which one of them was regarded to be greatest” (Luke 22:24). Jesus admitted that kings of the Gentiles loved to “lord it over” others, “but it is not this way with you.” God’s plan of rule for His kingdom was “the one who is the greatest among you must become like the youngest, and the leader like the servant” (verse 26). Jesus then set the perfect example for His followers, that would make them attractive, and their assemblies magnetic: “I am among you as the one who serves” (verse 27).

As the disciples of Jesus, His first church, put these basic principles of life into practice following His ascension, the magnetic qualities of Jesus, became visible in them, and among His people. So, we see that the first church “had all things in common” (Acts 2:44). Then, “day by day continuing with one mind in the temple, and breaking bread from house to house, they were taking their meals together with gladness and sincerity of heart, praising God and having favor with all the people. And the Lord was adding to their number day by day those who were being saved” (verses 46-47). An amazing, beautiful, attractive, magnetic church began to grow and go everywhere in the steps of Jesus, spreading the saving Gospel of Christ.

Truly, if we followed the powerful example and practiced the life-changing methods of our Savior, our churches could enjoy similar magnetic fellowships.

Inspired directions for becoming part of a truly magnetic fellowship was summed up in Romans 12:15-16: “Be happy with those who are happy, and weep with those who weep. Live in harmony with each other. Don’t be too proud to enjoy the company of ordinary people. And don’t think you know it all!” (NLT).