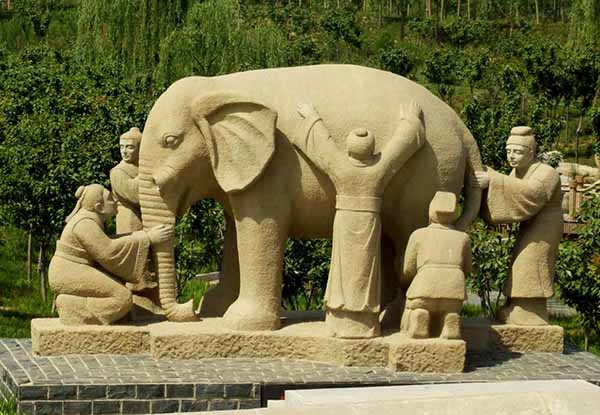 The king acknowledged they were all right, but only partially. He revealed that each blind man had touched a different part of the elephant, but that not one understood what the elephant, the sum of all those parts, was really like. Each one could only discern part of the whole, whereas the king could see the big picture.

This old story from India illustrates that it is possible to focus so much on details that we miss the whole picture. Like the blind men, if we only concentrate on what we see, apart from the big picture, we will draw erroneous conclusions.

Have you ever been so consumed by small details, that you were distracted from the main objective of what you were doing? It is possible for us to become so engrossed in day-to-day activities, jobs, recreation, business, family, stresses and deadlines that we lose sight of the big picture—the main thing. The big picture is the complete view, not just the partial scene.

God wants His children to live for Him daily, but not lose view of the big picture—His overall kingdom plan. Zig Zigglar used to say, “The main thing is to keep the main thing, the main thing.” You don’t want to live your life like a blind man and miss the main thing.

So, what is this big picture? Peter’s inspired words help with the answer. He reminds us that, though it had been many years since Jesus promised to return that, He will come back as He promised. In AD 33, Jesus confirmed, “If I go and prepare a place for you, I will come again and receive you to Myself, that where I am, there you may be also” (John 14:3). Then, 30 years later, Peter wrote that “in the last days mockers will come with their mocking…saying ‘Where is the promise of His coming? For ever since the fathers fell asleep, all continues just as it was from the beginning of creation’” (2 Peter 3:3-4).

To correct that error, Peter reminds us that, “The Lord is not slow about His promise, as some count slowness, but is patient toward you, not wishing for any to perish but for all to come to repentance” (verse 9). God’s timing is always perfect and purposeful—never negligent and tardy. His seeming delay returning is to extend His mercy, allowing more people to come to Christ.

None of us should lose sight of the promised return of the Lord Jesus as we live our daily lives this side of eternity. His return is the big picture you need to see, over everything else you do. The Scriptures plainly teach that Jesus will return, and if you believe the promise, it should motivate you to live for Him every day.

Peter went on to prophesy, “The earth and its works will be burned up” (2 Peter 3:10). He believed that the reality of the Lord’s return and the destruction of the present world system should be the major motivation for God’s people to live holy lives for Him. Peter wrote, “Since all these things are to be destroyed in this way, what sort of people ought you to be in holy conduct and godliness” (verse 11). If we believe the Scripture that everything we see now will be dissolved then, we should focus our energy, income and effort on that which is eternal, not merely on the temporal. Do we need the temporal? Yes. Everyday we live in temporary housing, drive temporary cars, and work at temporary jobs. But earthly things are temporary! The Christian lives in a temporary world—awaiting an eternal home. That is the big picture. “Since everything around us is going to be destroyed like this, what holy and godly lives you should live!” (verse 11, NLT).

Living life in view of the big picture is not all gloom and doom. Peter goes further to write, “But according to His promise we are looking for new heavens and a new earth, in which righteousness dwells” (verse 13). For the child of God, in that day, the temporary things of earth will be transformed into beautiful, fully functional, eternal things in the heavens. What a glorious day that will be!

The gospel songwriter, John Peterson (1921-2006) summed it up perfectly when he wrote:

Standing before Him at last, Trial and trouble all past,

Crowns at His feet we will cast, Jesus is coming again!

O what a wonderful day it will be—Jesus is coming again!