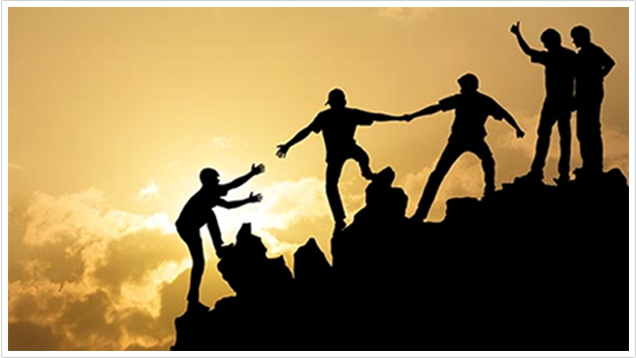 The smell would gag a maggot. From the odor it was obvious we had made a huge mistake. My wife, son, daughter-in-law and I were shopping for fruit, vegetables and fresh tuna steaks at a large Davao City open market on the island of Mindanao in the southern Philippines. But we had waited too late in the day, and the smell of non-refrigerated, day-old fish, was overwhelming. To say the least, the smell diminished our appetite for seafood. We should have shopped earlier.

A similar odor must have greeted Hassenaah and his sons as they struggled to lay the beams, set up the doors and locks, rebuilding the wall in Jerusalem (Nehemiah 3:3).  Maybe Hassenaah realized that somebody had to repair the fish gate, and after all, at least he wasn’t assigned to work on the dung gate (verse 14)!  The odor there must have been unbearable during the heat of the day.

Despite the obviously disagreeable smell, hard labor, danger and difficulty, teams of builders at every gate worked together to rebuild the walls of Jerusalem. Strong walls were needed to defend their city, secure their homes and honor their God. Teamwork was required to accomplish the task. In the third chapter of Nehemiah the term “next unto him repaired,” or “after him repaired,” is used 28 times to describe forty-one teams of workers who, as one man, repaired the walls.

Nehemiah used great wisdom when he assigned people to work on the walls that were nearest their own houses (Neh. 3:21, 23-24, 26, 28-30). The obvious purpose of this was to get the workers personally involved and motivated to do good work. They would want the wall in front of their house to be strong. Also, in case of attack, they would be less likely to leave their posts, but stay and protect their families.

The remarkable feat of rebuilding the walls of Jerusalem was a great accomplishment, especially in view of the constant criticism aimed at them. The enemy would say, “What are these feeble Jews doing?” (Neh. 4:2); and, “Even what they are building—if a fox should jump on it, he would break their stone wall down!” (verse 3).

Nehemiah and his workers labored under constant threat of physical harm, as their enemies, “conspired together to come and fight against Jerusalem and to cause a disturbance against it” (Neh. 4:8). The threat of violence scared the people, so Nehemiah encouraged them saying, “Do not be afraid of them; remember the Lord who is great and awesome, and fight for your brothers, your sons, your daughters, your wives and your houses” (verse 14). The Lord was great and awesome—but they had to be prepared to fight.

Imagine the difficulty of working under adverse conditions as “those who were rebuilding the wall and those who carried burdens took their load with one hand doing the work and the other holding a weapon. As for the builders, each wore his sword girded at his side as he built” (Neh. 4:17-18). This meant fewer bricklayers were on the job, but the work was well defended!

While the tireless laborers rebuilt the walls, there were no 8 hour days or 40 hour work-weeks, for they carried on the work “with half of them holding spears from dawn until the stars appeared” (Neh. 4:21). Additionally, they were so intent that Nehemiah said, “neither I, my brothers, my servants, nor the men of the guard who followed me, none of us removed our clothes, each took his weapon even to the water” (verse 23).

As the teams worked together, the wall around Jerusalem was finished in an amazingly short time—52 days!  The testimony of such unselfish labor for the glory of God made an impression on the enemy:  “It came about when all our enemies heard of it, and all the nations surrounding us saw it, they lost their confidence; for they recognized that this work had been accomplished with the help of our God” (Neh. 6:16). Get this: those who knew not God, recognized that God was at work among His people!

This kind of teamwork is based on a powerful biblical principle: When God’s people work together for His glory, great things may be accomplished, and God’s presence and power become visible to unbelievers. This principle underlies Christ’s command about loving one another: “By this all men will know that you are my disciples, if you have love for one another” (John 13:35). It makes a powerful impression on the lost world when God’s people love one another and work together for His glory!

This unity of heart, mind and effort may have been the reason the early church was so effective. Acts 2:1 says the church was “all with one accord in one place.” After the day of Pentecost and the salvation of three thousand, “they continuing daily with one accord in the temple, and breaking bread from house to house, did eat their meat with gladness and singleness of heart praising God and having favor with all the people” (Acts 2:46-47). Later, “the congregation of those who believed were of one heart and one soul” (Acts 4:32).

Whatever your area of service, do it with all your might for God’s glory!  Paul encouraged the Colossians and us, with these words: “Whatever you do, do your work heartily, as for the Lord rather than for men, knowing that from the Lord you will receive the reward of the inheritance. It is the Lord Christ whom you serve” (Colossians 3:23, 24).

If you will honor God by serving with your best, even if it seems you are assigned to the fish gate, God will be glorified and the unsaved around you will be influenced. We are to serve at His direction and command. When we do, He will be uplifted and the lost will be positively affected.

6 thoughts on “Repairing the Fish Gate”