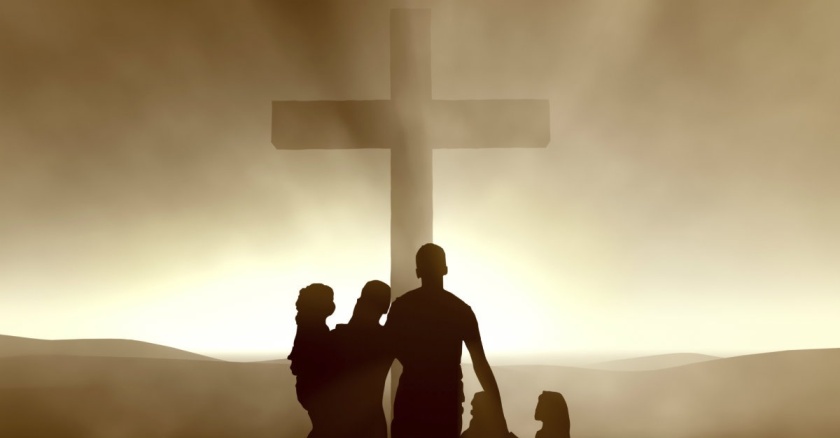 These words ended each episode of one of the most popular television shows of all time. Every week, as bedtime came to Walton’s Mountain, the lights would go out room-by-room, and two parents and seven children would say good night to conclude the show.

“The Waltons” was so popular, it was recognized with awards almost every year. The program received five Emmy awards its first season, and more than a dozen more during its ten-year run from 1971 through 1981. The attractive thing about this TV series, set during the Great Depression, was the warmth, loyalty and adventure experienced by a large family during difficult times.

The television series was based on a semi-autobiographical novel, “Spencer’s Mountain,” written by Earl Hamner Jr., who created and narrated “The Waltons.” It was based on real people—Hamner’s family—including his grandparents, parents, and seven siblings, who grew up in Schuyler, Virginia. Hamner said his large family lived in “a little cracker box,” where his father labored in a soapstone quarry.

In a Los Angeles Times interview in 1972, Hamner explained the success of his television program. He said, “Audiences in all entertainment media have been brutalized by crudities, vulgarity, violence, indifference and ineptitude. We are attempting to make an honest, positive statement on the affirmation of man.” If that was true in 1972, how much more is it true in 2020?

The attraction people felt to the “The Waltons,” was probably rooted in a deep desire for transparent relationships in the home, based on love, loyalty, individuality and respect. All people long for a place where they can be themselves, and be accepted for who they are, as well as to be challenged to be better, and be accountable for what they do. This is why God created the family.

Unfortunately, marriages and families have gone a long way in the wrong direction since episodes of the Walton’s flooded our living rooms. The latest statistics show that between 42 and 45 percent of marriages in the United States end in divorce, not including legal separations. For those who choose to marry a second time, 60 percent end in divorce. Incredibly, the average length people stay married in the United States is 8.2 years.

Those divorce statistics are even sadder when you consider that, according to the 2010 U. S. Census, 7.6 million, opposite-sex, cohabiting couples (15 million people) live together, outside of holy matrimony. This number of unholy unions has increased a whopping 138% since 1990, and 40% of these unwed couples are rearing children without the solid foundation of parents who are legally, ethically and morally committed to each other, “until death do us part.”

The dissolving of marriage and the breakdown of the family has had a devastating effect on our nation as a whole. And, we haven’t seen the end of it yet. Truthfully, when we tamper with God’s plan, we do so to our own peril. The solution to this immoral mess will be difficult to accomplish, but is not hard to discern—people need to follow God’s plan for marriage. One man—one woman—for life: “For this reason a man shall leave his father and his mother, and be joined to his wife; and they shall become one flesh” (Genesis 2:24).

When Jesus quoted Genesis 2:24, endorsing the proper union of marriage, He added: ”What therefore God has joined together, let no man separate” (Matthew 19:6). He pointed out that God Himself joins people in marriage. Divorce was not unheard of, but was supposed to be rare, especially among believers.

Later when Paul quoted the same passage to the Corinthians, he prefaced it by stating that sexual sins like fornication, adultery, and homosexuality, along with the sins of theft, drunkenness and covetousness, belonged to their past, and not to their present life. He wrote: “Such were some of you; but you were washed, but you were sanctified, but you were justified in the name of the Lord Jesus Christ and in the Spirit of our God” (1 Corinthians 6:9-11). Their sins were past. Once confessed and forsaken, they were to have no more stranglehold on them. Being forgiven and free, they were to walk in obedience to God.

Paul longed for them to know the joyful freedom that results from living for Christ. He wrote, “Do you not know that your bodies are members of Christ? Shall I then take the members of Christ and make them members of a prostitute? May it never be!”(verse 15). Christians, though sinners saved by grace, were never to be content to live in sin, but instead, were to live for Christ.

The best news in all of this is that, falling short of God’s original design for husbands and wives in marriage is not irreversible. We can repent of our selfish sins, confess them before God and to our mates, then with forgiveness and understanding, take steps toward wholeness and healing. Every marriage fails in some ways—every husband messes up—every wife falls short—but with God in the picture, failure is never final.